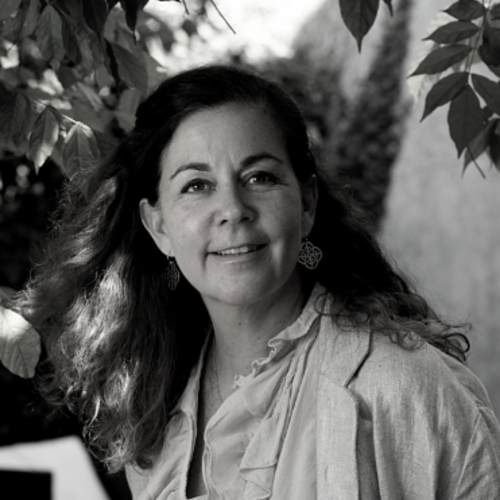 Vanessa Boren, Consultant, considers this statement to be the basic principle of Feng Shui – The true art of creating living space, an age-old wisdom which has its origins in Taoist philosophy.

At certain stages in our lives, we can feel hemmed in, blocked, and know we need to make changes. Such transformations can take form in our homes. Feng Shui teaches us how to rearrange and organize our living space in tune with our aspirations, our desires.

Originally from California and Mexico, after a career as a Fashion Editor in New York and Paris, Vanessa went on a retreat in 1998 to Thich Nhat Hahn's Plum Village in France where she spent a year fostering a true connection to the natural world. After exposure to Feng Shui she embarked on an extensive training program, Vanessa became a Feng Shui Expert in 2000.

She also followed Interior Design classes at the famed Ecole Boulle in Paris. She opened the boutique La Maison Feng Shui in Paris in 2004, and then started the Feng Shui Design School, the first in France to integrate Feng Shui into Interior Design. Vanessa currently resides outside Paris and consults and teaches throughout Europe.

In her Feng Shui practice, Vanessa Boren works both with private individuals and businesses. She has intervened on projects in hotels, bed and breakfasts, spas, offices, company headquarters, Interior Design boutiques, an International Boarding School in Switzerland….

Vanessa is the author of "Tout le Feng Shui" in 2009, and "Styles Feng Shui" in 2012, with Editions de La Martinière, and translated her first book into English "All About Feng Shui", that can be found on Amazon.

“We can all achieve our dreams. All we need to do is to believe and to put the world around us into action.”

A cause : Our dear Mother Earth, our first home and that all living beings find peace and serenity and equal rights

A place to get nourished : A Feng Shui home

"The house is not just the walls, it is the space between" Lao Tseu

Vanessa's goal is to provide practical tips to help you build a home that looks and feels like you and that brings supportive energy into your home, life, work, family and relationships.

First meeting at your home

Second meeting on location at the home

Third meeting on location at the home

Consists of continuing the review with the corresponding elements, colors and materials to complete all the rooms.

Practical application planning meeting. Verification of the five elements put in place during the first and second appointments. (Quality of sleep if problematic, etc.)

CONTACT ME FOR A PERSONALIZED ESTIMATE ACCORDING TO YOUR PROJECT NEEDS

FOR NEW CONSTRUCTIONS AND EXTENSIVE RENOVATIONS. For example, an in-depth study of architectural project plans, the location of rooms is studied and defined in advance according to the sectors and favorable directions of all the inhabitants.

NOTE : Included exclusively in packages of homes over 100 m2 and optional with extra cost hourly rate for consultations that consist of an additional meeting. Prices start at 300 €.

“All About Feng Shui, Sacred Interiors, Sacred Teachings” was published in 2019 on Amazon.

To learn how to know yourself and to orient yourself in the right direction, towards the Inspirer meant for you.